Alexander Cooper, originally from Pittsburgh, Pennsylvania, attended Yale and the Yale School of Architecture, graduating with a Masters of Architecture in 1962. Cooper began his architecture career working first for Philip Johnson and later for Edward Larrabee Barnes. Cooper then moved into the area of city planning and urban design working in the New York City Housing and Development Administration where he directed the Urban Design Group of the City Planning Department. In 1973 Cooper was made a member of the City Planning Commission on which he remained until 1978. During this time, Cooper was also the Director of the Urban Design Program at Colombia University’s Graduate School of Architecture, Planning, and Preservation where he completely redesigned the curriculum. Following his term on the City Planning Commission, Cooper founded his own firm, Alexander Cooper & Associates (now Cooper Robertson). Today, Cooper is a fellow of the American Institute of Architects, and was awarded the Thomas Jefferson Award for his contributions to public architecture in 2012.

Throughout his career as an architect and an urban planner/designer, Cooper has focused on creating designs that respect the characteristics of the surroundings. His works attempt to keep the integrity of the existing architecture and incorporate it into new designs. Over the decades since the founding of his firm, Cooper has notably designed and worked on Battery Park City in New York City, the Duke University Medical Center Clinic, and the Yale University Framework Plan in addition to numerous others. His history of using the surrounding urban environment to influence his designs made him a fitting architect to design Trinity’s 1997 Campus Master Plan which focused on expanding the relationship between the campus and the city. 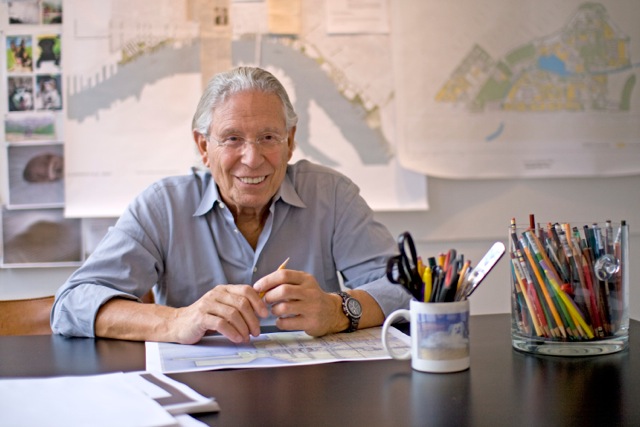