Paul W. Bartlett, a native of Connecticut, was the son of Truman Howe Bartlett q.v. and his wife Mary Anne White who were married in 1861. Paul Bartlett was taken to Paris at the age of 15 in 1876 to study under the great animalier sculptor Emmanuel Frémiet. He exhibited and won a medal in the Paris Salon of 1887. He was a precocious artist and was recognized with inclusion on the Paris juries for the universal expositions of 1889 and 1900. In 1903 he began his collaboration with John Quincy Adamas Ward for the pediment figures for the New York Stock Exchange which were carved by the Picicirilli Brothers. His most important commission came in 1908 to design the pediment sculpture of the Apotheosis of Democracy for the House of Representatives Wing of the United States Capitol. He was honored with a retrospective exhibition at the Musée de l’Orangerie in Paris in 1929.

P. W. Bartlett contributed to the sculptural program of the Connecticut State Capitol in Hartford and his major equestrian monument to the Marquis de Lafayette q.v. exists in two versions, one in Paris and one in Hartford. 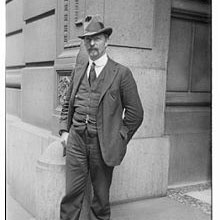