Carl Pope Jr was born in Indianapolis, Indiana in 1961 alongside his twin sister. He attended Southern Illinois University and received his Bachelor of Arts degree in Cinema and Photography (1984).

Pope’s art has been largely influenced by political movements, especially those that impact the African American community.  This can be seen through his photography and his multi–media installations dedicated to socio-political issues such as the AIDS epidemic. In Connecticut Pope used a vacant lot to install a multi-part sculpture of rocks bearing engraved texts entitled, Silent Wishes, Unconscious prayers, and dreams…fulfilled. That work was given a more permanent installation in Hartford at the Church of the Good Shepherd in Coltsville. 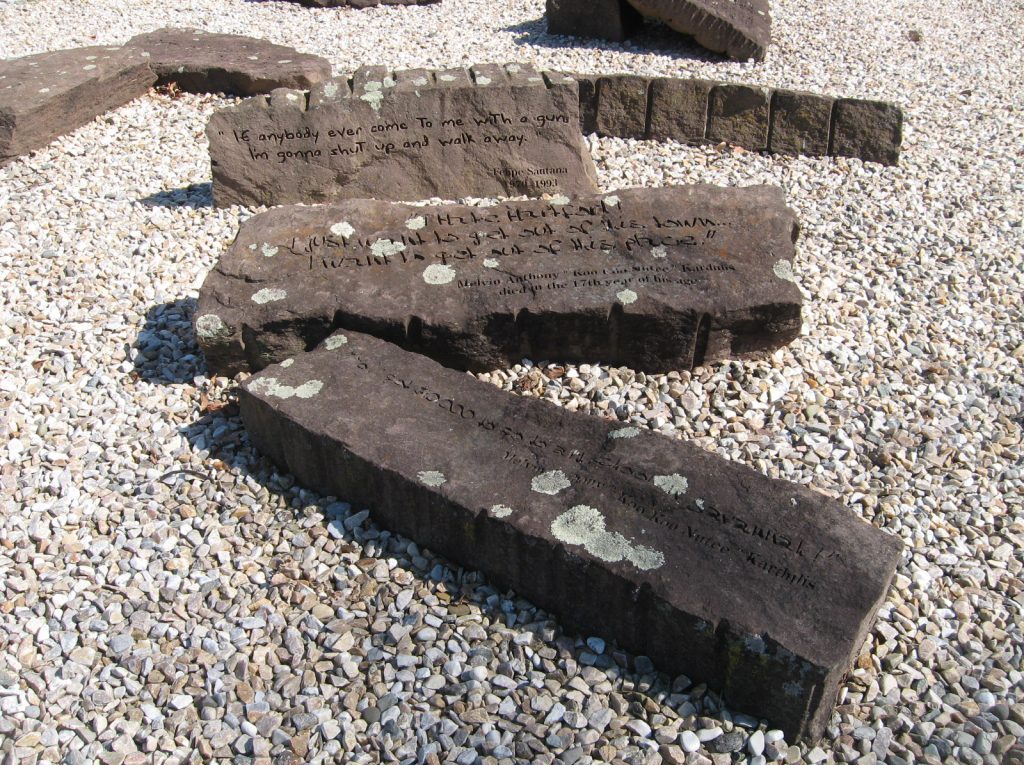