A native of Nova Scotia and a self-taught artist, Enoch Woods became a U.S. citizen in the late 1860’s.  It is presumed that he became a sculptor when, working as a bricklayer, he fell from the State Capitol, damaged his knee and was unable to continue work as a mason.  He was a sexton in Hartford’s Church of the Good Shepherd in the 1880’s.  Wood’s reputation as a sculptor rests on his works in Hartford. Woods’ Nathan Hale, 1889, stands on Main Street adjacent to the entrance to the Wadsworth Atheneum Museum of Art. Woods made a plaque dedicated to Horace Wells, 1894, which is at the corner of Main and Asylum Streets in Hartford, opposite the Old State House. Outside the East Entrance of the State Capitol is Woods’ Colonel Thomas Knowlton, 1895, in bronze. Prior to these works Woods did some carving in wood.  Little is known about Woods, who left Hartford in 1901, and died in Manchester, N.H. in 1919. 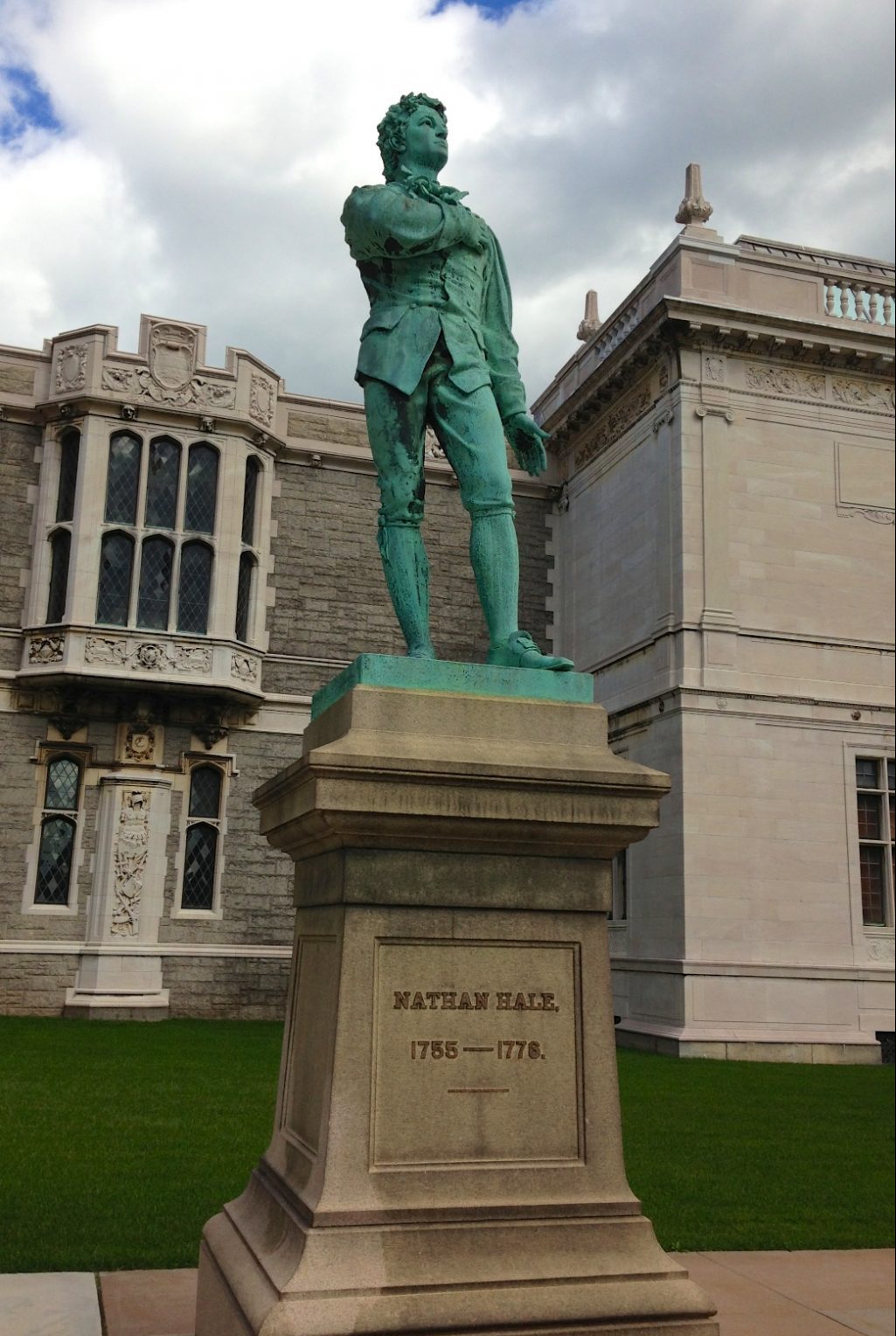