George Keller (1842 – 1935) was born in Cork, Ireland in 1842 and immigrated to New York with his family at the age of ten. He was first exposed to color and design in his father’s wallpaper factory in Cork. While living in New York, he spent time in the neighboring marble yard that was devoted to sculpture. After minimal schooling, he went to work in the Brooklyn Navy Yard. At the age of twenty-two, he accepted an offer from J.G. Patterson to work as an architect in Hartford, Connecticut. Keller developed an eclectic medieval Gothic building style, combining the elements he learned while working in the architectural firms of James Renwick and Peter B. Wright. As Keller’s style matured, his building designs became less ornate and more picturesque, maintaining the idea that form followed function.

He is best know for his Civil War monuments which include his most prestigious work, the Garfield Memorial, 1890, in Cleveland, and the Soldiers and Sailors Memorial Arch, 1886, in Hartford. Other works include libraries, schools, hospitals, and churches. Keller built his reputation in Victorian Hartford. He was highly influential in the period between 1900 and post-World War I. 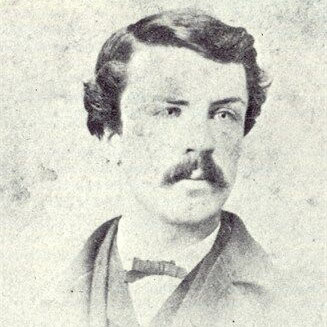