Harold Van Buren Magonigle was born in New Jersey in 1867 before moving to New York, where he received an education within the New York Public Schools.  Magonigle began his architectural career with an apprenticeship in the offices of Vaux and Radford in 1881. He continued his professional studies in the offices of Charles C. Haight (1883-1888), McKim, Mead and White (1888-1891) and Rotch and Tilden (1891-1893).

Magonigle made a specialty of designing architectural memorials often collaborating with the sculptor Attilio Piccirilli. Together they created the Monument to the USS Maine in Columbus Circle in New York among others. Magonigle was the designer of the World War I monument in Walnut Hill Park in New Britain, CT.  A prominent architect, he won the Gold Medal for draftsmanship and design of the Architectural League of New York. Magonigle’s success led him to have continued correspondence with other famous architects such as Egerton Swartout, Grosvenor Atterbury, C. Grant La Farge and Cass Gilbert.  Though Magonigle did work with various firms throughout his career, beginning in 1904 he worked exclusively on solo projects until his death in 1935. 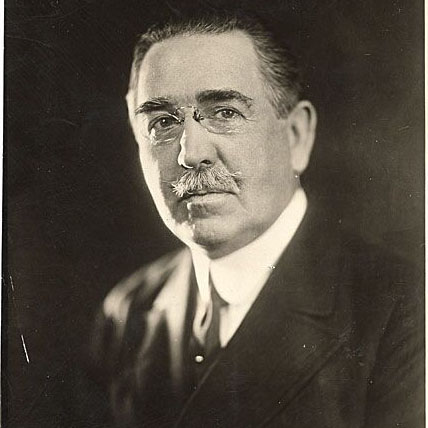