Herbert Adams was born in Concord, Vermont to a working class family. He initially studied taxidermy. At age 20, he enrolled at the Massachusetts Normal Art School in Boston. He next moved to study at the Massachusetts Institute of Technology before going abroad to Italy. He was predominantly a carver of portraits in marble and modeled in clay. He went to Paris in 1885 to study at the École des Beaux-Arts. There he learned the Parisian manner of surface modeling: a lively treatment which contrasted with the smooth, controlled modeling of Neoclassicism that had been emulated by earlier generations of American sculptors.

Among his early works is a series of frontal portrait busts of women, some of which he polychromed in the Italian Renaissance style. Later important commissions include a set of bronze doors (c. 1901-1902) for St. Bartholomew’s Church in New York City. Adams created the bronze relief portrait medallion of Joseph Roswell Hawley (1908) on the left wall of the North Portico of the Connecticut State Capitol.

Considered one of the leaders in American sculpture between 1890 and 1920, Adams was the recipient of numerous gold medals, a charter member and twice president of the National Sculpture Society, and a member of the National Academy of Design. 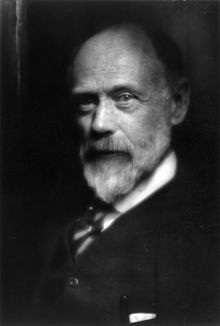