Born in Thompson, Connecticut on October 3, 1784, Ithiel Town trained under the notable architect Asher Benjamin in Boston. Town gained attention for his work on churches in New Haven. He focused largely on engineering and in 1820 patented a wooden lattice bridge now known as a Town bridge. Some examples of Town bridges still can be seen in two of Connecticut’s old wooden covered bridges, the Bull’s Bridge in Kent and the West Cornwall Covered Bridge. Town formed a partnership with Alexander J. Davis in 1829 forming one of the United States’ first professional architectural firms: Town & Davis. Town worked in every revival style from Greek and Egyptian to Gothic.

Notable works include the North Carolina Capitol Building, Christ Church Cathedral in Hartford, CT, and the Wadsworth Atheneum. His skill in the Gothic Revival style is seen prominently in the original building of the Wadsworth Atheneum which he and Davis designed in 1842. He died in New Haven on June 3, 1844. 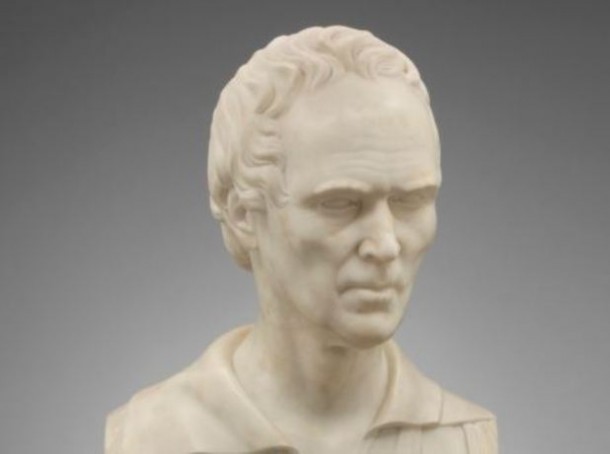