Karl Gerhardt (January 7, 1853 – May 7, 1940) was born in Boston, Massachusetts. At age 17 in 1870, he was living in Chicopee, MA before serving in the army and then returning to Chicopee as a machinist at the Ames Foundry, a company that had flourished casting canon for the Union army during the Civil War. After the war, the Ames Foundry was principally engaged in casting memorials to fallen soldiers. He moved to Hartford, Connecticut by 1880 and became the chief mechanic of the Pratt and Whitney Machine Tool Company.

Gerhardt worked as a mechanic for Mark Twain, attempting unsuccessfully to perfect the Paige Typesetter – a speculation that eventually bankrupted the author.  Twain was impressed with Gerhardt’s potential as a sculptor and sent him to Paris in 1881 to study for three years at the École des Beaux-Arts.  Gerhardt made statues of General Putnam for Brooklyn, Connecticut and of Goveneur K. Warren for Gettysburg, Pennsylvania.  In 1884 Gerhardt executed portrait busts of Ulysses Grant and Mark Twain, both in the Mark Twain House in Hartford.  An engraving after Gerhardt’s bust of Twain was used as the frontispiece for Twain’s new book, The Adventures of Huckleberry Finn, in its first edition of the 1884 publication. Gerhardt made portrait busts of Samuel Clemens (Mark Twain) and of President Ulysees Grant. After living and working in Mount Vernon, New York, he retired to Louisiana where he died at the age of 87 in 1940. 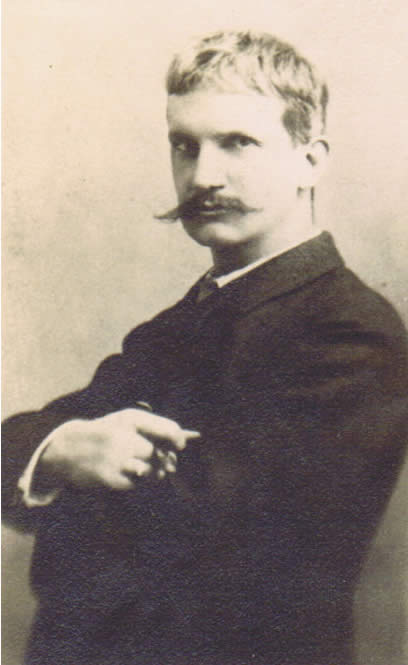