Edwards began as a painter and later shifted to sculpture, a less confining medium. Although Edwards, a black artist, claims no political intent, the work Lynch Fragments was executed from the remaining debris of the Watts riot.

In 1968 he changed his style and shifted to large-scale works executed for outdoor settings. These forms consist of encumbered rings, triangles, stepped pyramids and X’s which are executed in an elegant linear fashion. Edwards paints three dimensional drawings in space. 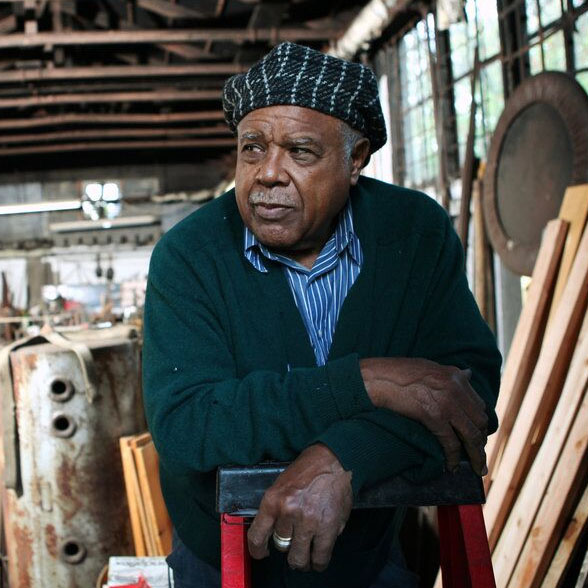