Born in New York City in 1937, Peter Bohlin went on to graduate from Rensselaer Polytechnic Institute with a Bachelor’s of Architecture in 1958 and from Cranbrook Academy of Art in 1961 with a Master’s of Architecture. Immediately eager to become an architect, Bohlin launched his architecture firm in 1965 with his partner Richard Powell in Wilkes-Barre, PA, this firm would later become BCJ (Bohlin Cywinski Jackson) as it exists today. His first major project which shows hints of what would appear in his more mature works is his 1976 Forest House which he designed for his parents in West Cornwall, CT. Until the mid-late 90’s, Bohlin’s works were mostly rustic in nature, but going into the new millennium, his works also became more urban as he opened a Seattle branch of his firm. In the mid 2000’s, Bohlin again began designing in a new manner as he created the entirely steel and glass Apple Stores.

Bohlin is a self-described “soft Modernist,” his works being more emotional than typical Modernist architecture. His fundamental Modernism comes from the influences of Lou Kahn and Eero Saarinen who changed how he thought about materials and Modernism as a style. His works typically have a sustainable design, many of his current works being LEED certified. Light filled interiors and a wood and stone style of architecture have defined Bohlin’s entire career, with him only beginning to branch out into other mediums later in his career. He pays special focus in his designs to how the building interacts with its surroundings, and how people interact with the building. Bohlin is unique amongst many of his peers as he designs both residential and commercial buildings and does not specialize in one type. Bohlin is also a winner of the Gold Award from the American Institute of Architects, the highest honor in his field. Throughout his long career some of his most notable designs include the Liberty Bell Center in Philadelphia, PA; the Seattle City Hall in Seattle, WA; Pixar Animation Studios in Emeryville, CA; and numerous Apple Stores in major cities throughout the world. His expertise in both urban and rural architecture work well at Trinity, a green campus in an urban setting. 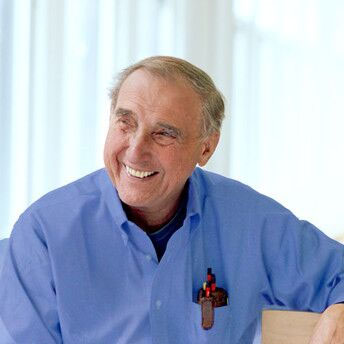