Phyllis Baker Hammond was born in Elizabeth, New Jersey, but her family moved to Melrose, Massachusetts while she was still very young. Hammond began drawing classes at Boston Museum of Fine Arts when she was nine years old. The imposing Roman and Greek sculptures of gods and goddesses at the museum were some of her earliest inspirations, and helped her to understand form in her later ceramic work. The artist’s website traces her paternal lineage to Mary Gillis McSween who was a full-blood Mi’kmaq Indian from Nova Scotia.

Before beginning her career, Hammond married and moved with her husband to Okinawa during the Korean war. It was on Okinawa that Hammond first began to work with clay. Upon returning to the US, Hammond took pottery lessons in her new home in Cape Cod. She later returned to Boston and received both her BA and her MFA at the School for the Museum of Fine Arts in 1960, and a degree in education from Tufts University in 1964. Her studio was in Briarcliff, New York. 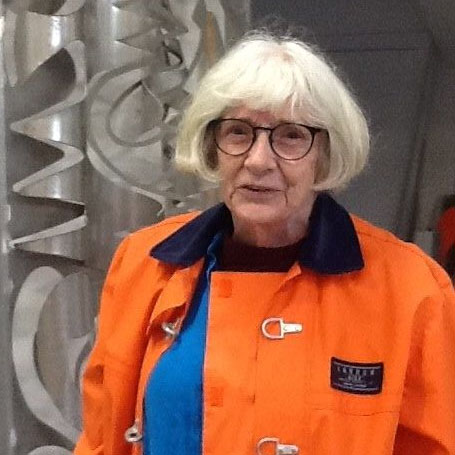