Richard Meier, known for his design of the Getty Center in Los Angeles (1988-1997), had a much earlier commission to design the Hartford Seminary Foundation building in 1981. Meier is one of the “New York Five” who were identified in 1969 by the Committee of Architects for the Study of the Environment (CASE) for their promise in design in the best tradition of pure modernism. The other members are Peter Eiseman, Michael Graves, Charles Gwathmey and John Hejduk.

Born in 1934, Richard Meier was raised in Newark, New Jersey. In 1957, he graduated with a Bachelor of Architecture degree from Cornell University. He worked briefly for Skidmore, Owings and Merrill, in New York City and then for Marcel Breuer prior to starting his own firm, Richard Meier & Partners, in 1963. Meier’s early signature structures were “white buildings” using a modernist grid of uniform manufactured metal panels emphasizing pure geometry, natural light and bright white color. His earliest breakthrough was the visitors’ center called the Atheneum in New Harmony, Indiana in 1979. When the Hartford Seminary was completed in 1981, Meier was still relatively unknown. Meier’s High Museum of Art (1983) in Atlanta, GA helped win him the Pritzker Prize in 1984. After the Getty Center commission he was invited to create major museum buildings internationally, including the Museum of Contemporary Art (1995) in Barcelona, Spain and the controversial 2006 protective building around the Ara Pacis in Rome, Italy. 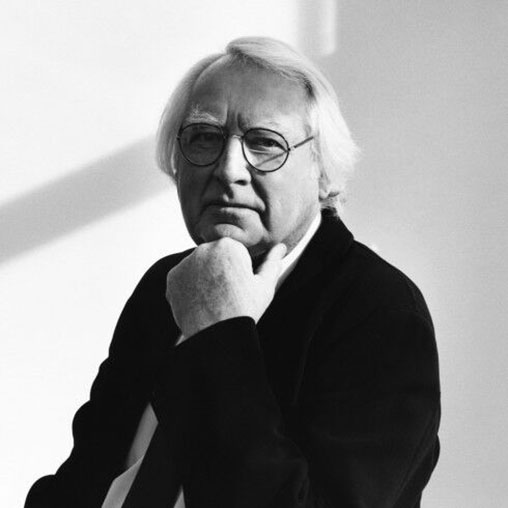