Richard E Brooks was born in Braintree, Massachusetts, and received art instruction in the studio of T. H. Bartlett in Boston.  He also studied in Paris with French sculptors Jean-Paul Aubé (1837-1916) and Jean-Antoine Injalbert (1845-1933).  Brooks was a regular exhibitor in the Salon des Artistes Français between the years 1890 and 1914, and was awarded an honorable mention in the Paris Salon of 1895.  Representative of his works are a bronze bust of Governor William E. Russell and a marble bust of Colonel Gardener Tufts, both in the Boston Statehouse, and a statue of General F. A. Walker in the Boston Public Library. 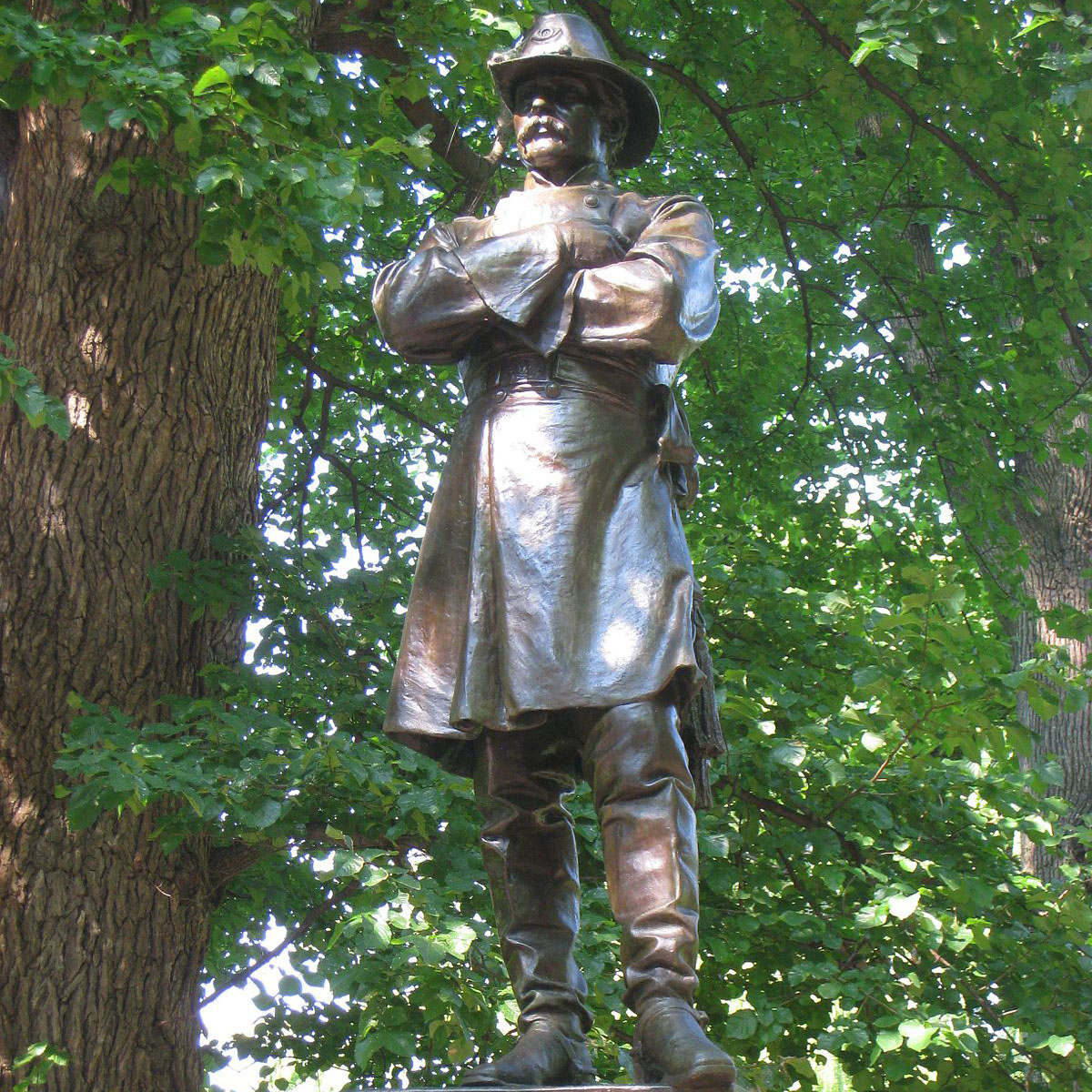