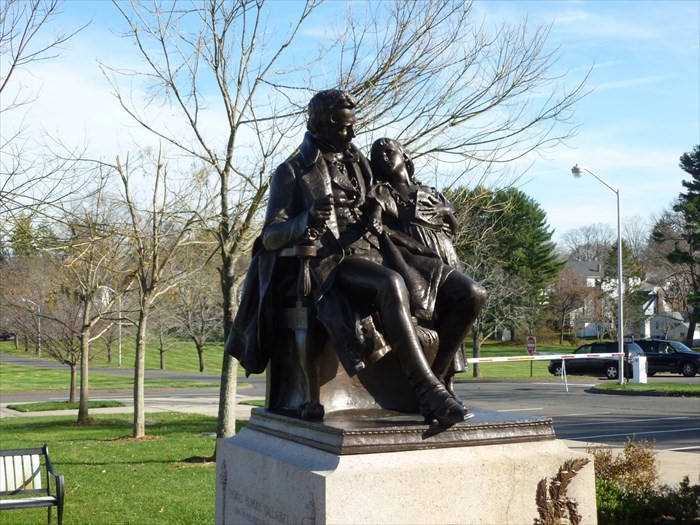 The Hartford Black Lives Matter street painting was created on July 26, 2020 as part of the nationwide protest movement “Black Lives Matter” that erupted following the wide media circulation of cell-phone images of the May 25, 2020 strangulation of George Floyd on a Minneapolis street under the knee of police officer Derek Chauvin. The […] 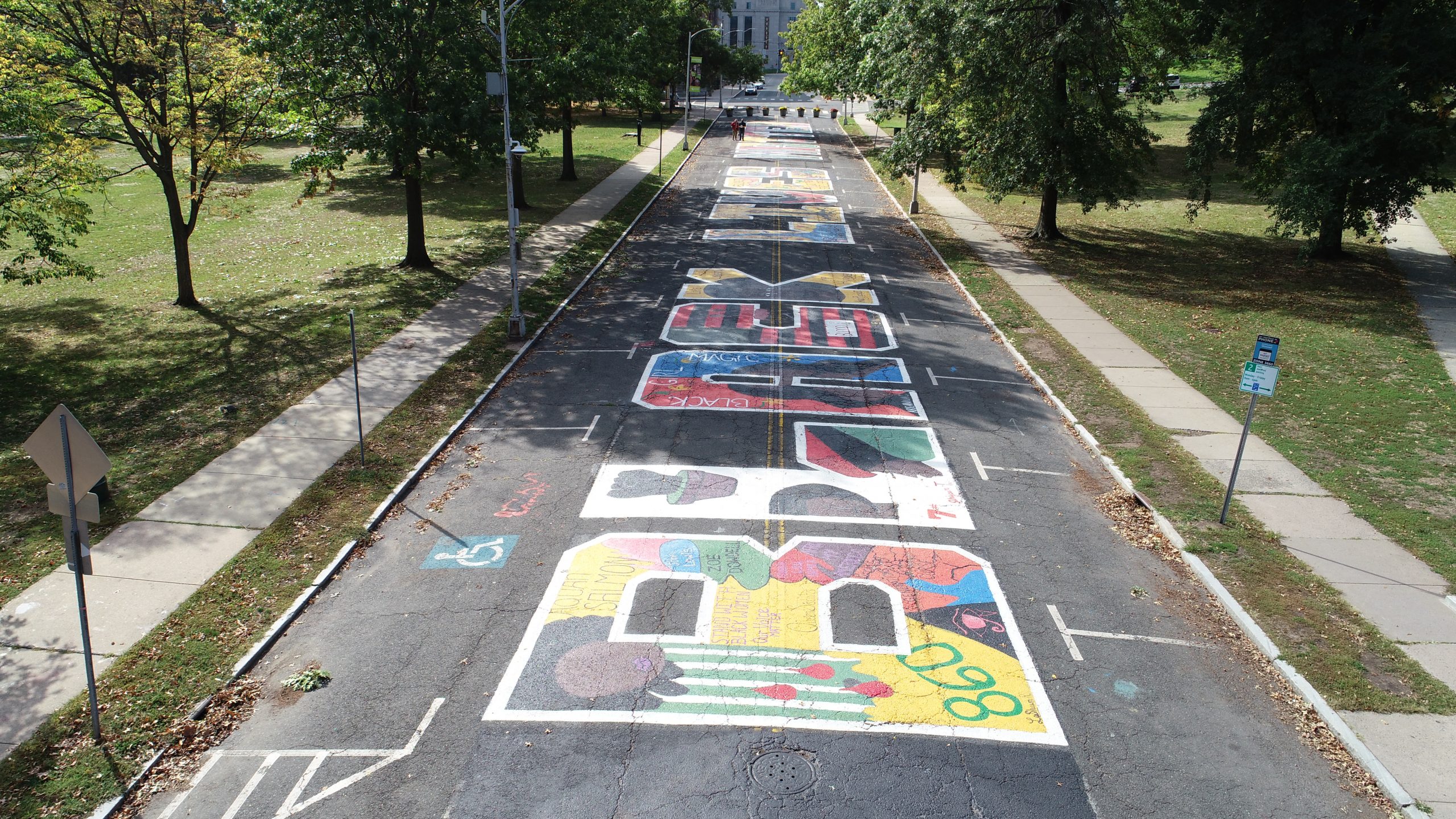 Christ Church Cathedral is the cathedral church of the Episcopal Archdiocese of Connecticut. The building at 955 Main Street is an historic gothic revival design of the 1820’s by the architect Ithiel Town, who also designed the original castellated Wadsworth Atheneum. The Morgan family were devout Episcopalians and were closely associated with Episcopal archdiocese of […] 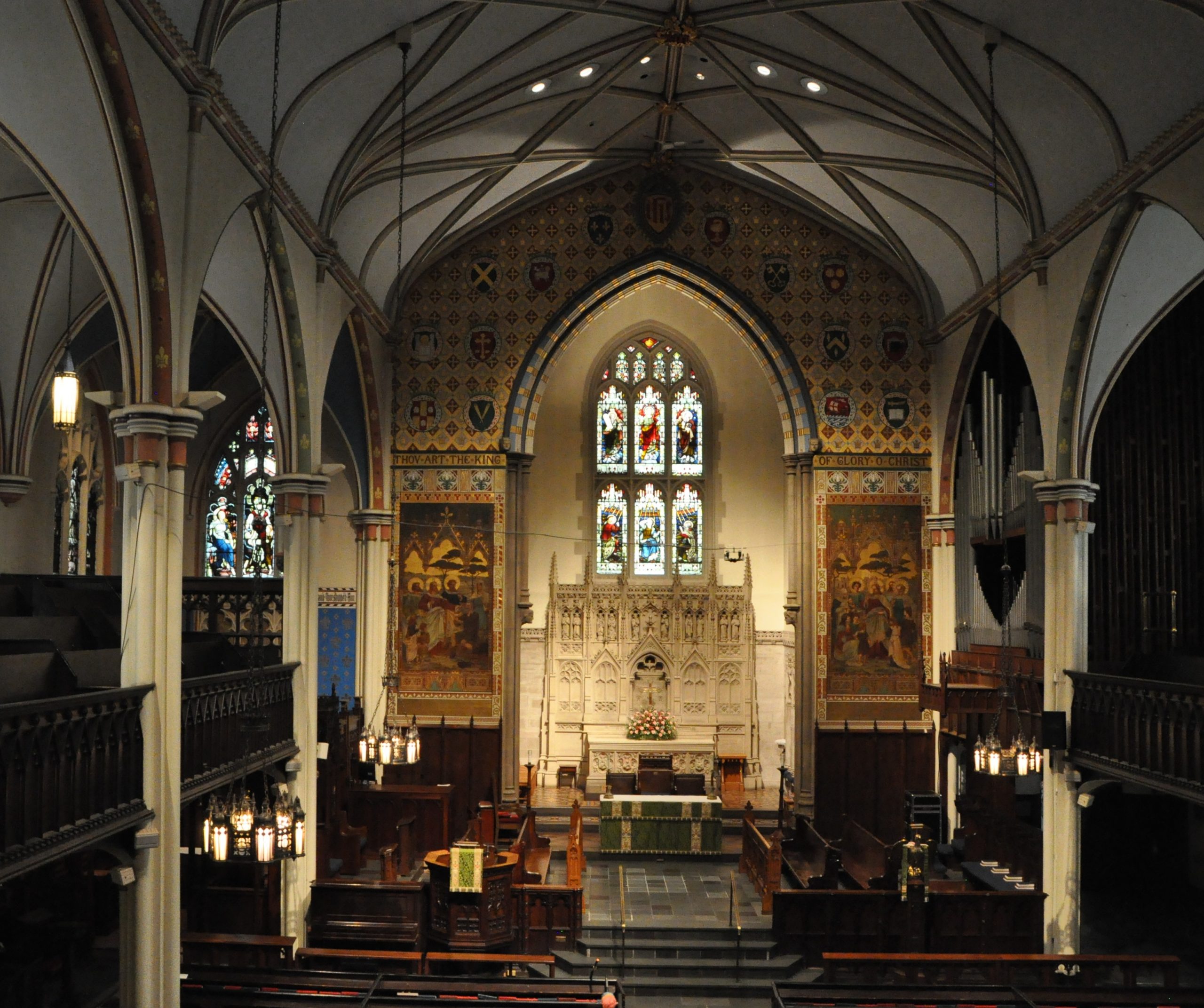 The Connecticut Veterans Memorial in West Hartford is dedicated to all Armed Services members who served in America’s wars from King Philip’s War (1675) to the 21st Century Global War on Terror. The monument was designed in 2002-2003 by Vincent Stryeski of Kaestle Boos Associates, New Britain. Stryeski and a group of summer interns at […]

The third building built in the Wadsworth Atheneum complex was the Morgan Memorial Building. Hartford-born financier, J. Pierpont Morgan (1837–1913) proposed the gift in 1907 and gave $500,000. Morgan acquired parcels of land adjacent to the Wadsworth Atheneum to build an addition to the museum as a memorial in honor of his father, Junius Spencer […] 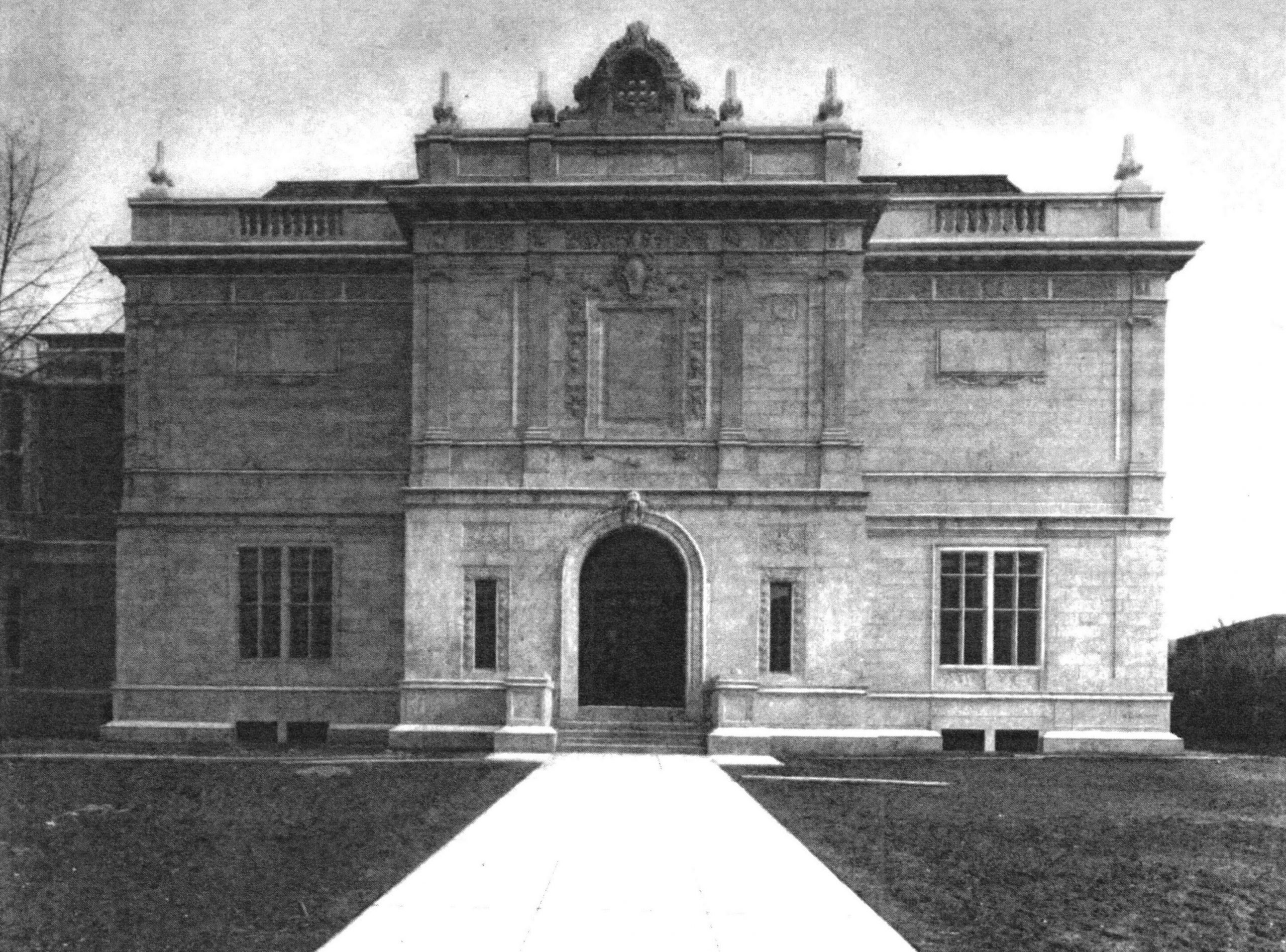 The second building built in the Wadsworth Atheneum complex was the 1910 Colt Memorial Building completed more than a half century after Ithiel Town’s 1842 Gothic revival main entrance. Designed in the Tudor revival style with medieval inspiration it is a fine example of Benjamin W. Morris’ early personal style after he became an independent […] 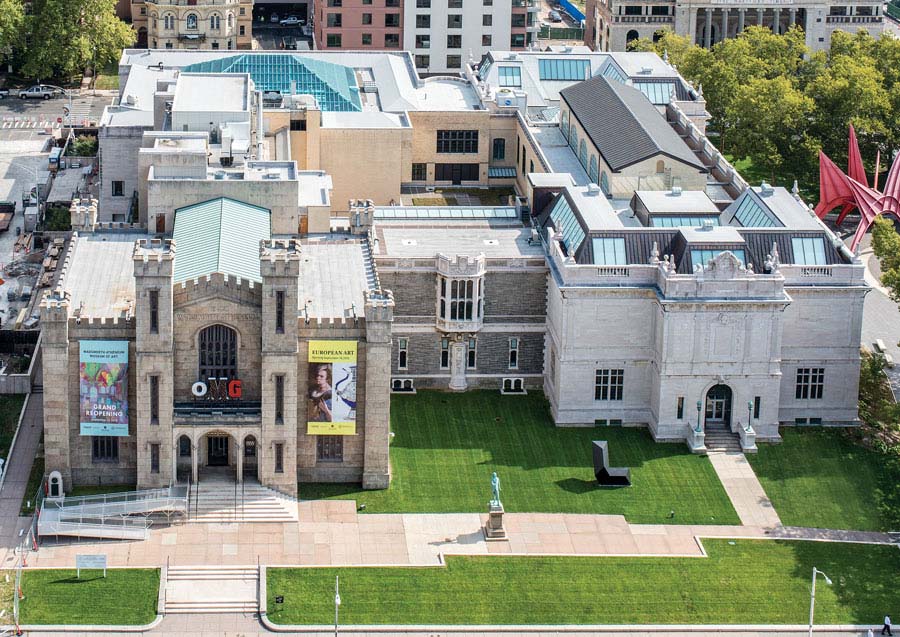 Calder’s Stegosaurus is exemplary of his “stabiles” produced after 1937. Named for a dinosaur from the Wyoming and Colorado regions, Calder’s Stegosaurus is the culmination of a sixty-six year project which began with a grant to the city of Hartford by Ella Burr McManus.  According to Mrs. McManus’ wishes, “the most gifted and competent sculptor […] 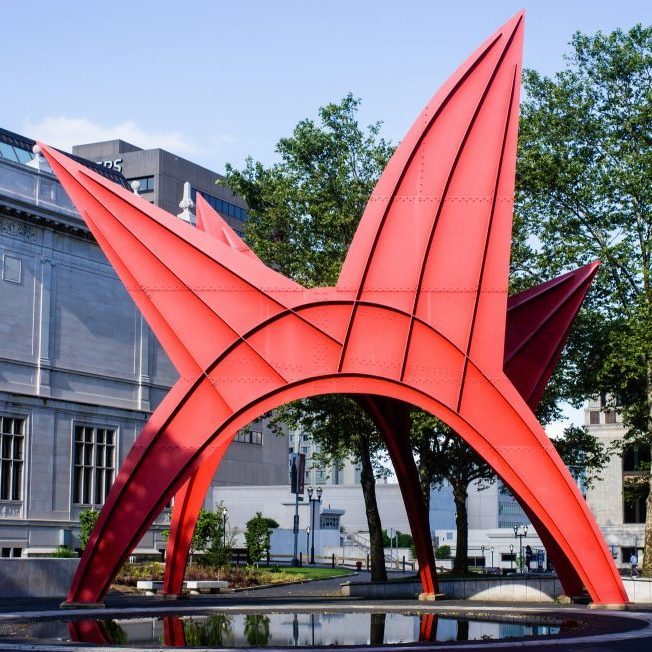 Located on 75 Main Street in Farmington, CT, this white Greek Revival church is one of the town’s most historical buildings. The First Church of Christ was founded in 1652 by Roger Newton, the pastor. He happens to be the son- in- law of one of Hartford’s founders, Thomas Hooker. Services used to be held […] 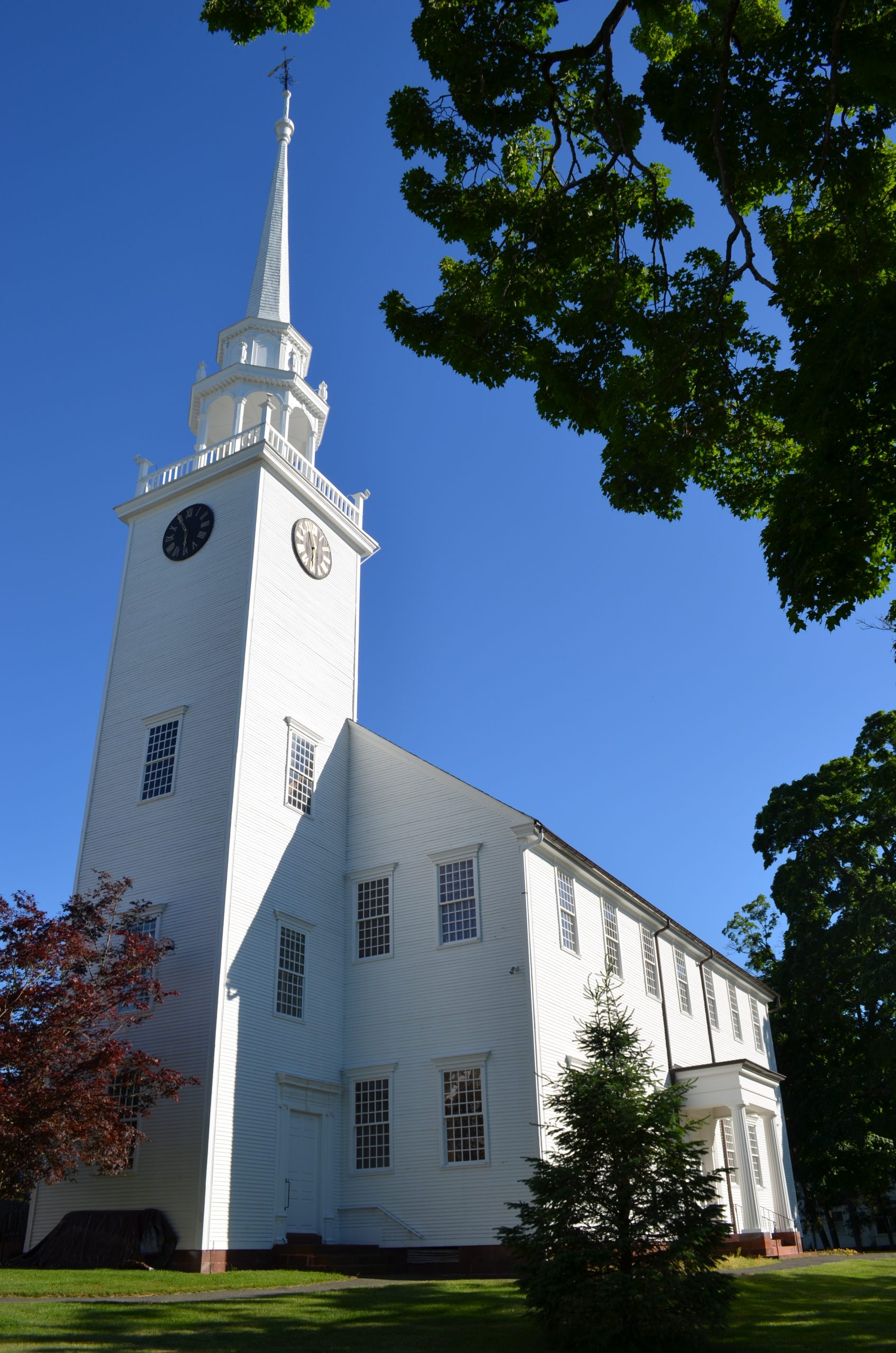 Paul Wayland Bartlett was commissioned by the Daughters of the American Revolution to create a monument to the Marquis de Lafayette as a reciprocal gift from the United States to France in thanks for Bartholdi’s Statue of Liberty. A second casting of the Equestrian Monument to Lafayette was ordered for the City of Hartford. However the […] 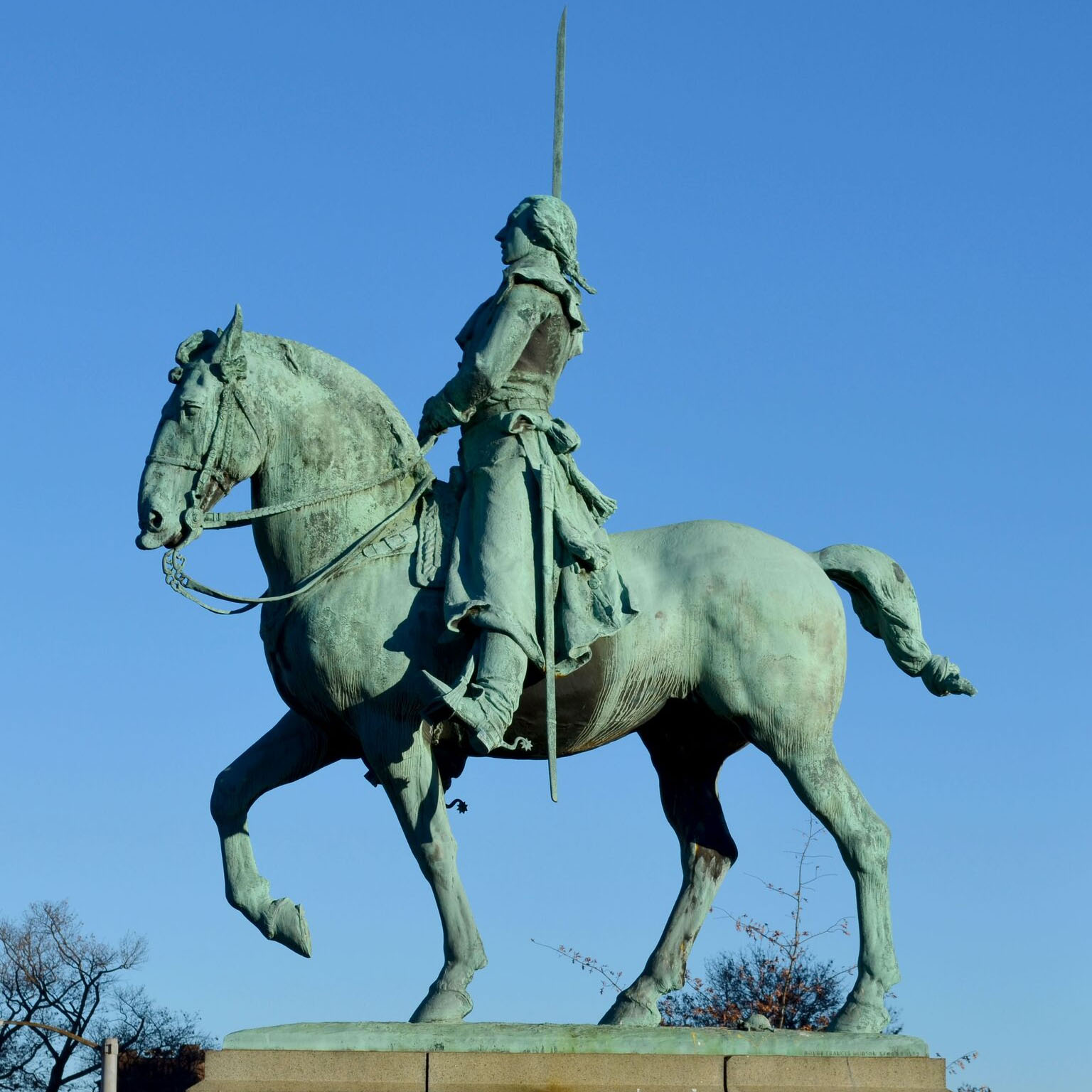 The Stanley-Whitman House stands on six acres of land on 37 High Street, Farmington, CT.  The house was purchased by Ebenezer Steel from the existing inhabitant, Deacon John Stanley, on December 31, 1720.[1] Ebenezer Steel died two years after purchasing the house and his oldest daughter, Mary, inherited it. In 1735, Mary and her husband […] 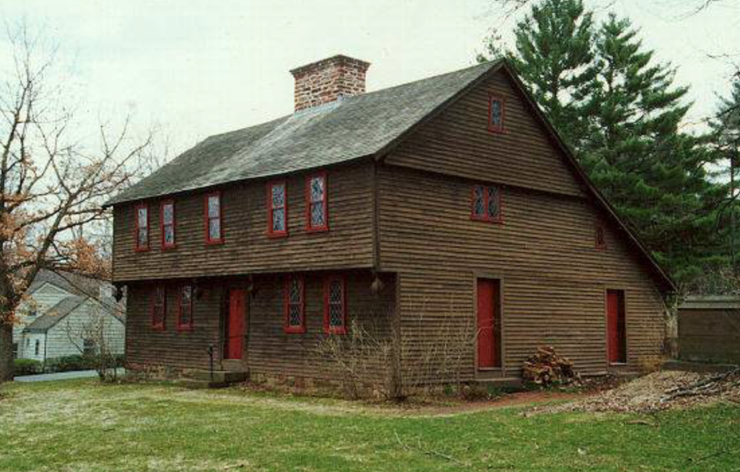