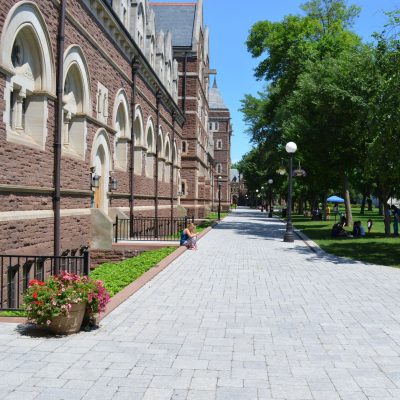 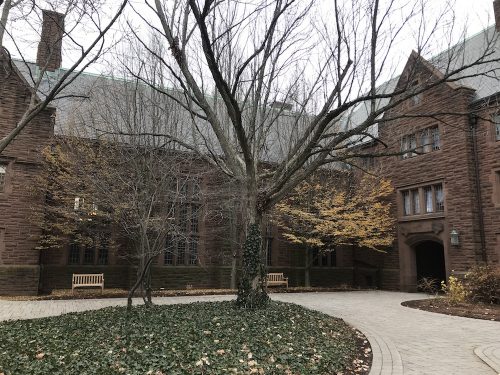 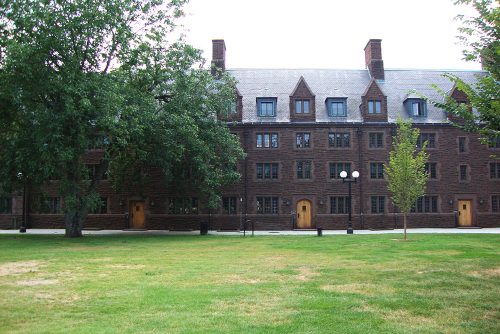 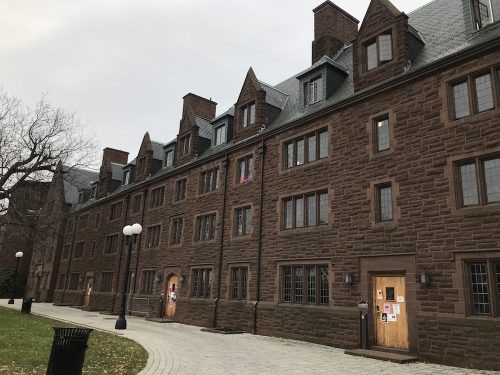 The southern range of long buildings framing the main quadrangle of Trinity College was designed by James Kellum Smith of  McKim, Mead, and White Architects. The building was designed to echo and compliment William Burges’ 1886-1888 Long Walk buildings which form the western range of the quadrangle. Though they have the appearance of a long single building, the organization is by separate entrances now named, from east to west, Goodwin Hall,  Cook Hall and Hamlin Hall. Hamlin Hall houses Trinity’s distinctive undergraduate dining hall  with a medieval-style hammer-beam ceiling, reminiscent of Westminster Great Hall in the Houses of Parliament in London. Though no longer in use for undergraduate dining, it is a popular venue for banquets.