You are at stop #2 on the New Britain, CT tour 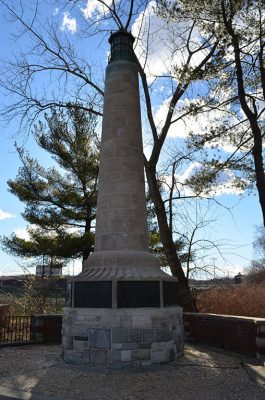 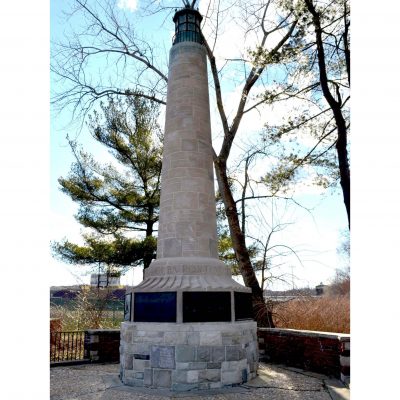 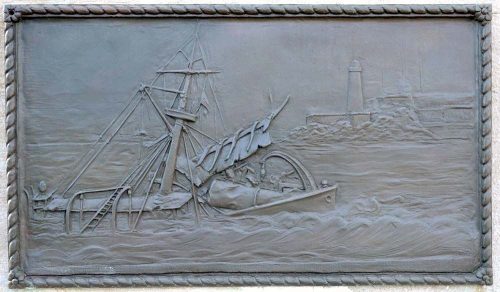 Delbert Perry was the architect-designer of New Britain’s Spanish American War Memorial. He was helped by stone carver Earl Bishop of New Britain and the general contractor was William H. Allen Co, of New Britain. The sculptor for the bronze relief plaques was Robert George Eberhard, a professor of sculpture at Yale. The monument was described later in a guidebook as a clever “miniature reproduction of Morro Castle at Havana.” The monument is a bridge atop which is “a shaft recreating the Moro Castle Light in the harbor at Havana Cuba” The bridge gave the public access to Willow Brook Park across a small stream and served “as a tribute in [Willow Brook Park, New Britain] to the local soldiers who served in the Spanish American War”

The association of the Havana harbor lighthouse with the Spanish-American war refers to the sinking of the USS Battleship “Maine” which occurred within sight of the Moro Castle Light and was taken by the United States as a provocation for the war. Alderman W.H. Judd, the Chairman of the Common Council which awarded the commission, stated that “the monument, although in the form of a lighthouse, is still designed as a monument, and the committee selected this type of memorial because under the shadows of the Morro Castle light, the Maine was sunk, an act which aroused the whole country and caused the declaration of war by congress. We believe the bridge built in connection with the memorial will be used by thousands of people and as they cross the bridge they will be reminded of the days of ’98 and of the valor and the patriotism of the boys who volunteered to help an oppressed people. As the years go by and a new generation comes, as they cross this bridge and are reminded of the days of ’98, they will ask why the Spanish-American War was fought.”

The “lighthouse” shaft is composed of granite atop the sandstone and brownstone bridge. Inscribed in stone at the bottom of the lighthouse are the names of the countries involved in the war: Cuba, Puerto Rico, the Philippine Islands and China. The name for Puerto Rico is written Porto Rico, using the standard anglicized spelling that appeared in all atlases. Below those inscriptions are ocean waves carved into the top of the monument’s granite base. On the base are the bronze plaques with scenes from the war, which include as well as plaques that list the names of New Britain community members who served in the war. Two bronze relief plaques depict scenes from the Spanish-American War: “Wreckage of the U.S.S. Maine in Havana Harbor” and “Rough Riders Attacking San Juan Hill.” Another plaque has the insignia of the Spanish-American War Veterans Association.

The monument was dedicated on June 26, 1927. Mrs. Sarah H. Magson unveiled the memorial. She was a widow of Sammuel Magson, who was the first commander of A.G. Hammond Camp. Mayor Weld accepted the monument on behalf of the city. The makers of the monument were listed in the newspaper accounts of the dedication. They were Delbert K. Perry, Earle Bishop, Robert George Eberhard, and Michel B. Martino. The metal castings came from American Art Foundry. The contractor was the William H. Allen Company.