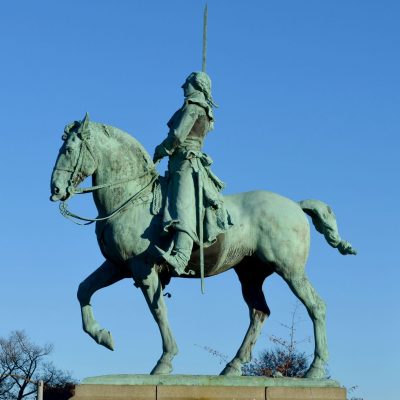 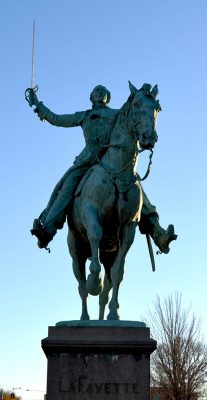 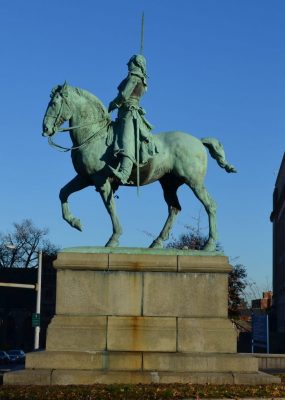 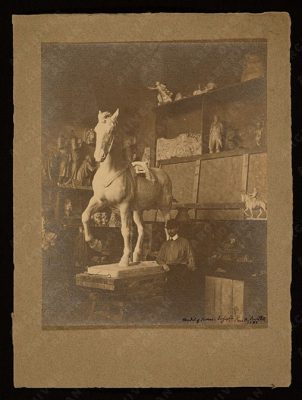 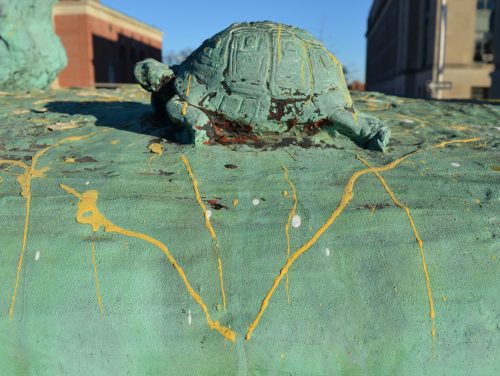 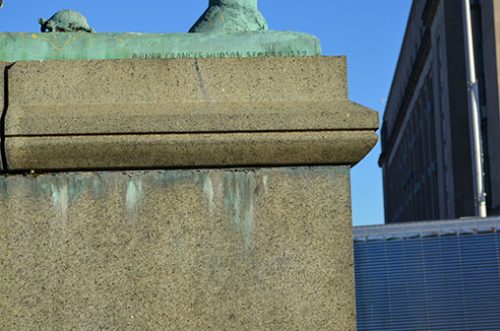 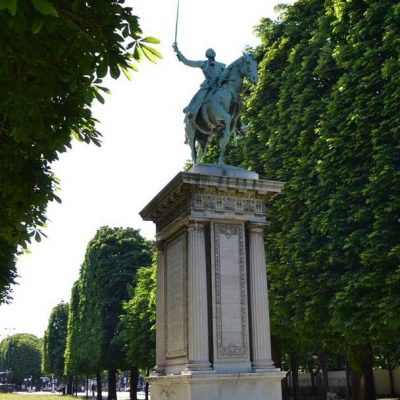 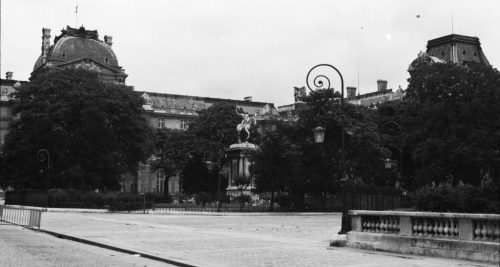 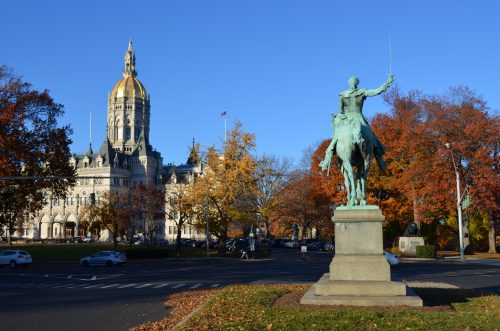 Paul Wayland Bartlett was commissioned by the Daughters of the American Revolution to create a monument to the Marquis de Lafayette as a reciprocal gift from the United States to France in thanks for Bartholdi’s Statue of Liberty.

A second casting of the Equestrian Monument to Lafayette was ordered for the City of Hartford. However the payment for the casting and work was seriously delayed and only delivered in 1932. In recognition of this ponderously slow process, Bartlett added a small figure of a tortoise to the base of the group. From the ground, the tortoise is all but invisible, just near the rear left hoof of the horse. Alas, the Equestrian Lafayette has been the victim of repeated vandalism.

The first casting of the bronze was given to France with a very tall pedestal designed by Thomas Carrere. It was installed in the Cour du Louvre where it remained until I. M. Pei’s Pyramide du Louvre was built. The Parisian cast of Lafayette with its pedestal were moved to the Cour La Reine in Paris where it stands today.