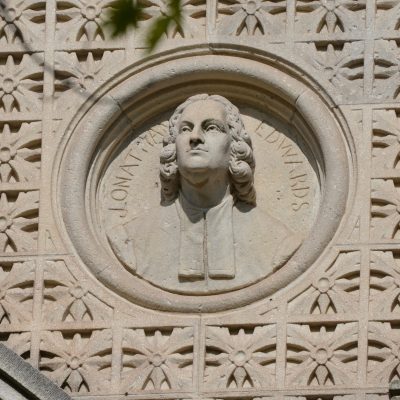 Charles Niehaus’ 1895 portrait roundel of the Reverend Jonathan Edwards is the sixth roundel from the left above the entry arches of the East wing of the State Capitol in Hartford.

Jonathan Edwards was born in East Windsor, CT in 1703. He was a Puritan theologian and a leader among the Congregationalists. He is known for his much published sermon “Sinners in the Hands of an Angry God,” 1741. He died in 1758 after a failed smallpox inoculation shortly after assuming the presidency of the College of New Jersey, known today as Princeton University.