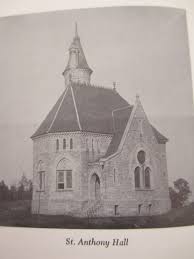 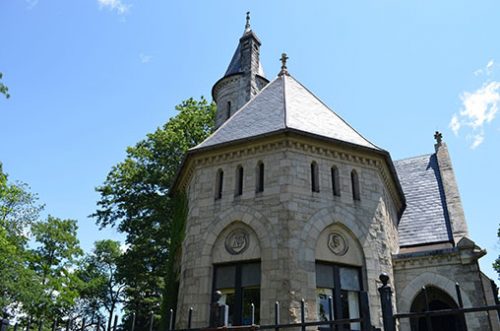 Constructed in 1877-78, St. Anthony Hall was built as the chapter house of Trinity College’s Epsilon Chapter of the national fraternity of Delta Psi.  The overall structure was built to be a “deep polygonal apse.”  This is a form that was believed to recreate the octagonal medieval chapter houses of monastic communities.  The conical tower enhances the French medieval flavor of the building.

In 1878, the John E. Sidman Company of New York completed the construction of Trinity’s Delta Psi chapter house.  The Epsilon chapter house was declared a national historical landmark on November 5, 1985.