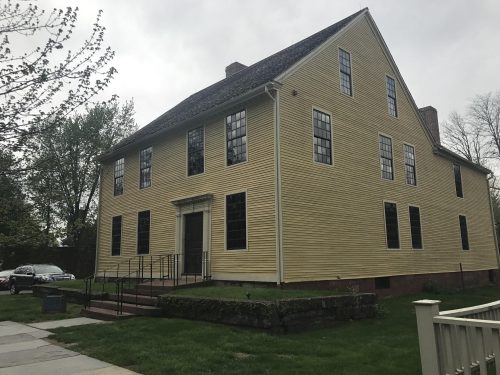 Silas Deane (1737-1789) was a member of the Continental Congress and a pivotal delegate to France in the American Revolution. He played a large role in the acquisition of arms from France that allowed for the victory at Saratoga. Deane lost his “hero” status when he later had to face Congress over his financial dealings. He returned to Europe and publicly spread his opinions about the colonies independence and reconsidered the split from Britain. He died after just boarding a ship that was to take him back to Connecticut. His home in Wethersfield is a National Historic Landmark and lies in the Wethersfield Historic District.

The highlight of Old Wethersfield is the Webb-Deane-Stevens Museum which opens to the public four original eighteenth-century houses: the Buttolph-Williams House, the Joseph Webb House, the Silas Deane House, and the Isaac Stevens House.