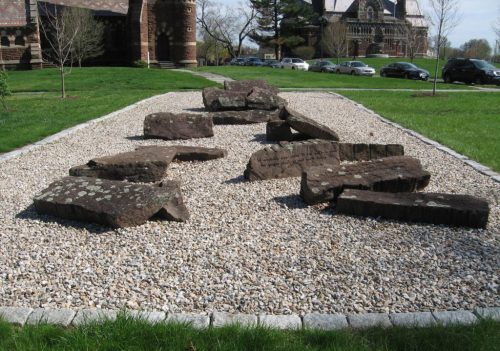 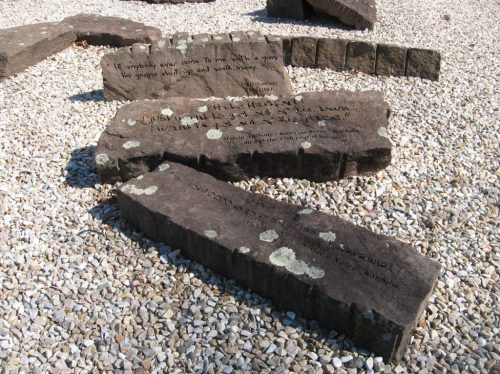 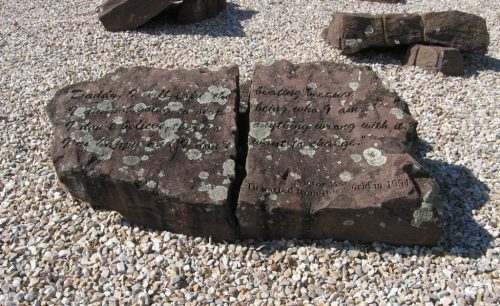 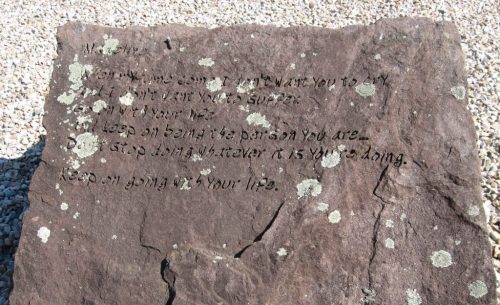 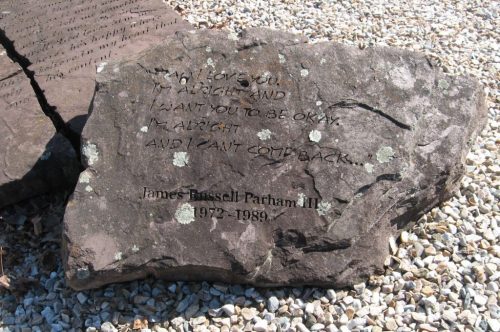 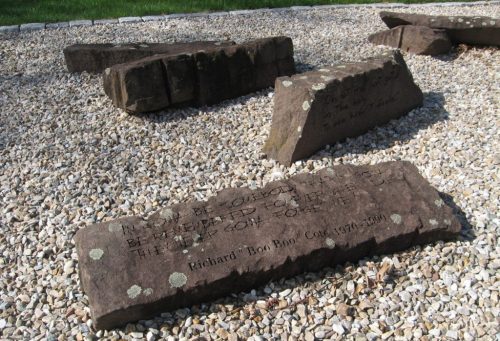 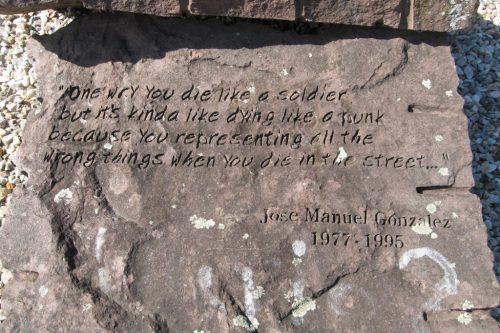 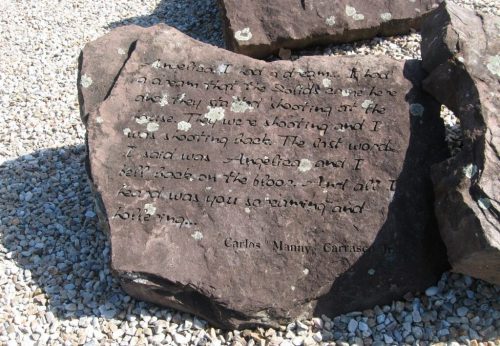 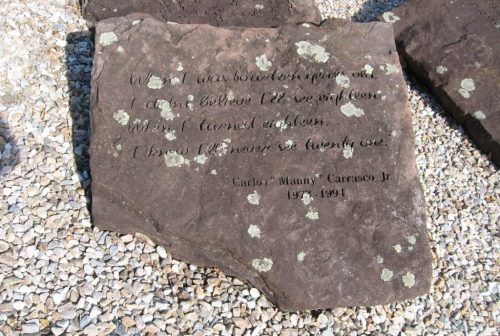 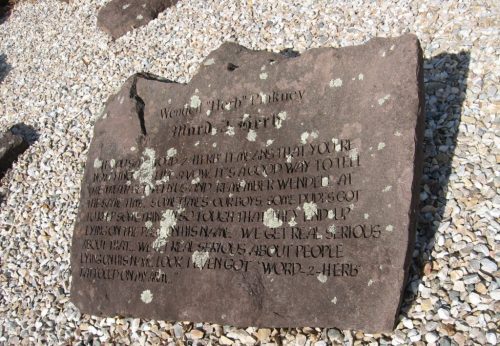 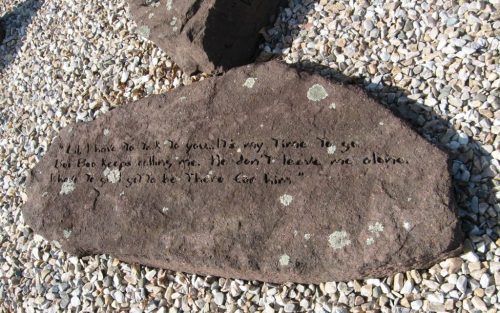 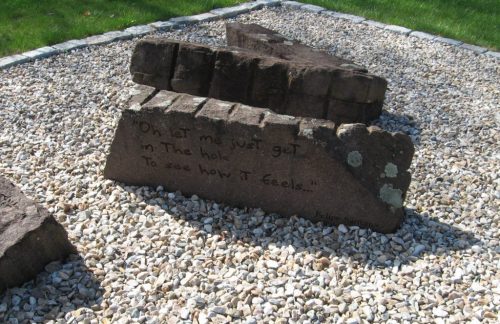 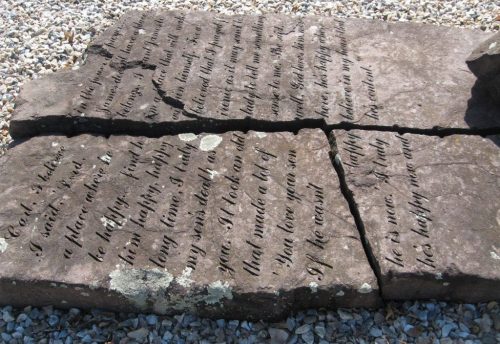 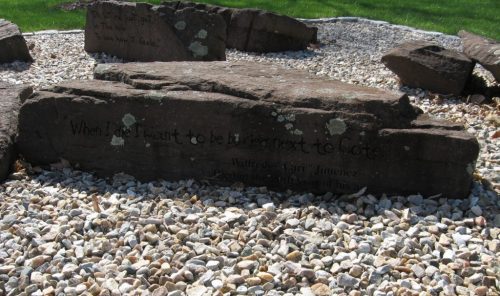 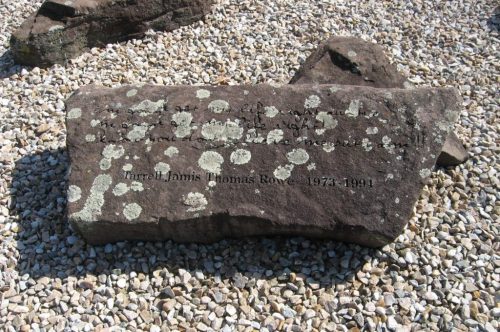 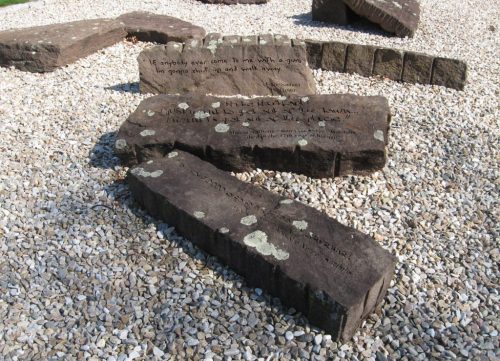 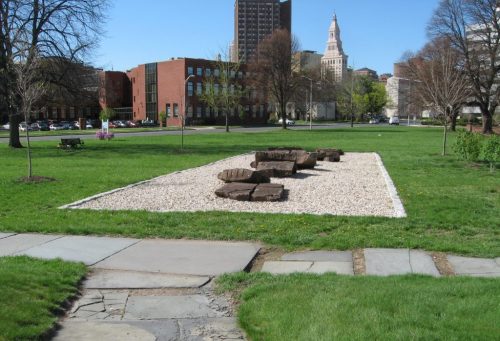 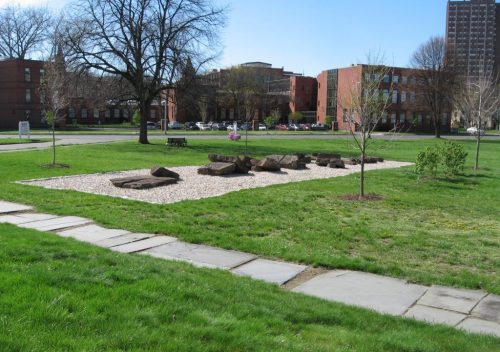 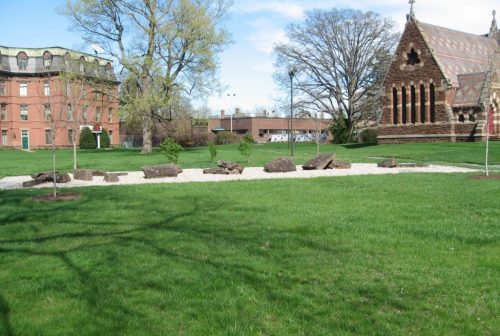 Commissioned by Real Art Ways, Silent Wishes, Unconscious Prayers and Dreams…Fulfilled was created by artist Carl Pope, Jr. and originally installed in a vacant lot on Albany Avenue in 1996. The piece is supposed to represent the lives lost to urban violence. The victims were all lost due to gang violence, substance abuse, or AIDS. The stone slabs of the piece have quotes from various victims and are supposed to stand as a preventative measure against losing youth. The haunting quotes are meant to remind the viewer to reach out to others who may be struggling. The sculpture was later moved to the grounds of the Church of the Good Shepherd at 115 Wyllis Street and was rededicated on September 11, 2011.