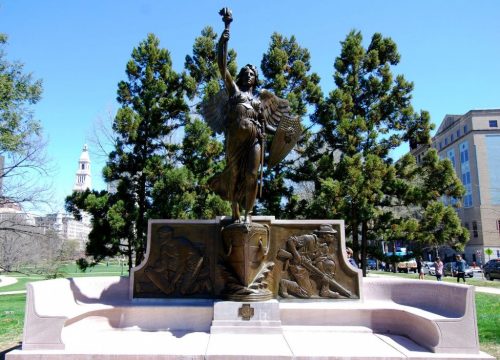 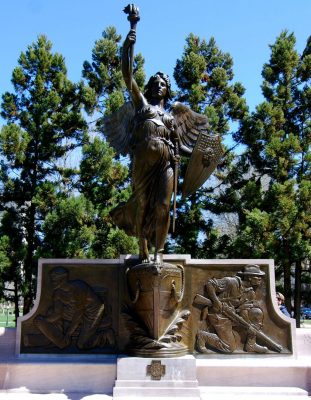 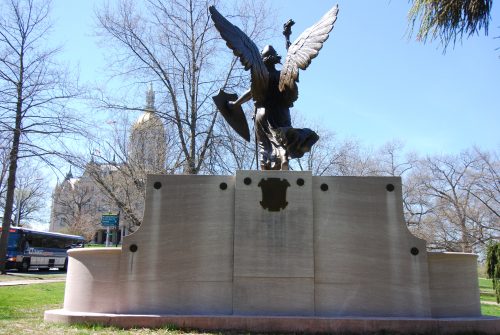 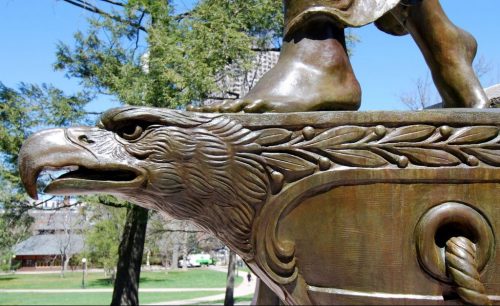 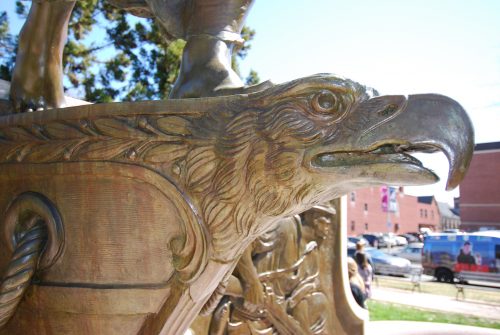 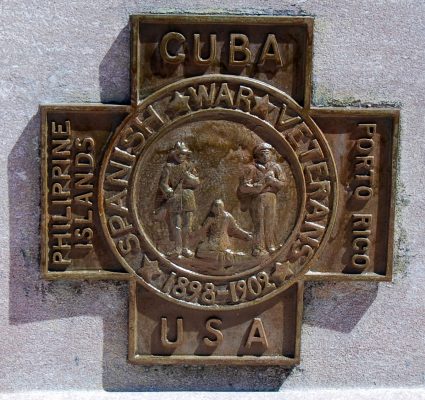 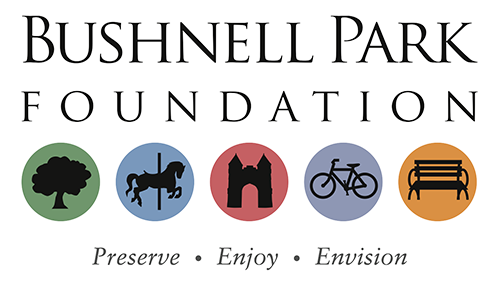 Hartford’s Spanish American War Monument was erected to “commemorate the valor and patriotism of the Hartford men who served their country in the war with Spain in 1898.”[1]  The majestic female winged figure of Victory derives her pose from ancient Hellenistic prototypes.  The most famous source is the Nike of Samothrace executed in 190 B.C. and now in the Musée du Louvre, Paris.  Longman’s Victory holds a torch in one hand and carries a shield emblazoned with echoes of the American flag in the other.  The Winged Victory strides forward on a ship’s prow decorated with a beak in the form of the American eagle.

On the granite exedra base are located two bronze reliefs, one depicting an American sailor and the other a soldier.

Bushnell Park, near intersection of Elm and Trinity Streets

[1] Inscription on the monument.

[2] The additional plaque placed by the American Veterans of the Spanish American War organization used the standard anglicized spelling current in 1926 of “Porto” rather than the Spanish spelling “Puerto” that one would find on maps today.