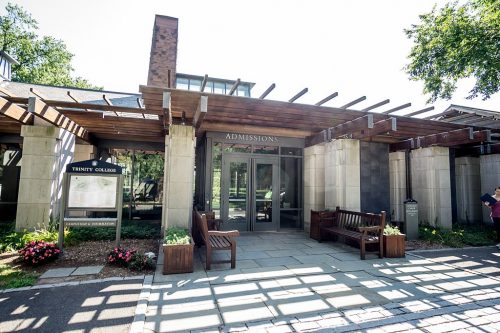 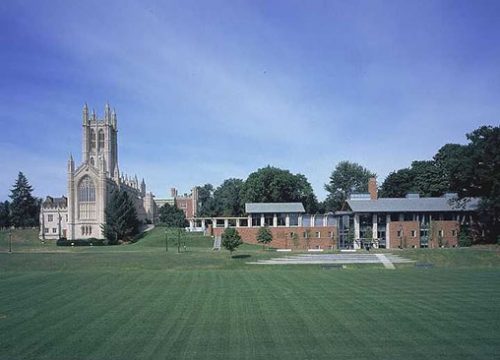 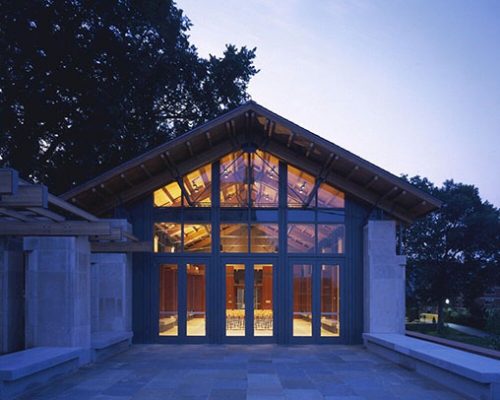 The Admissions Building was created as part of the Trinity College 1997 Master Plan and in addition to housing admissions, the building is also home to the department of financial aid and the career development center. The building is intended to create a feeling of warmth and welcome with a large fireplace extending through the building as well as the brown stone that it is built with. This brownstone is also intended to link the building with the brownstone used throughout the rest of campus. The large windows allow not only for lots of natural light, but for views onto the rest of campus. These windows as well as the timber and stone material used throughout the building are characteristic of Bohli’s other works, and the steel and glass combination resembles the style that has appeared in some of Bohli’s later works. For designing the Admissions Building, Bohlin was awarded a 2001 Honor Award for excellence in architectural design by the American Institute of Architects, and a 2004 Tucker Design Award by the Building Stone Institute.