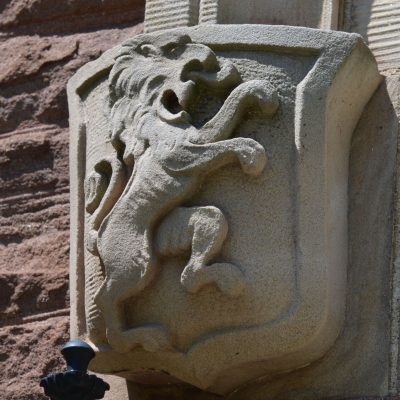 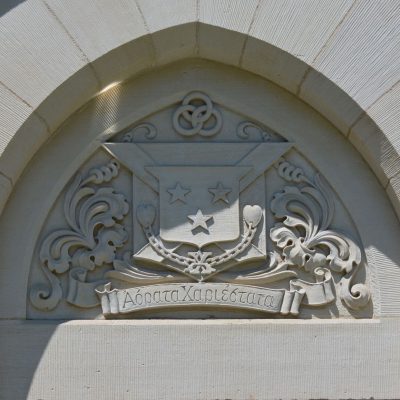 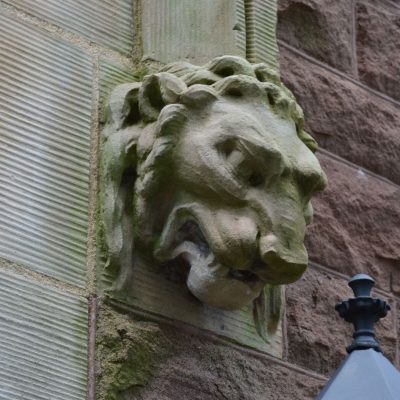 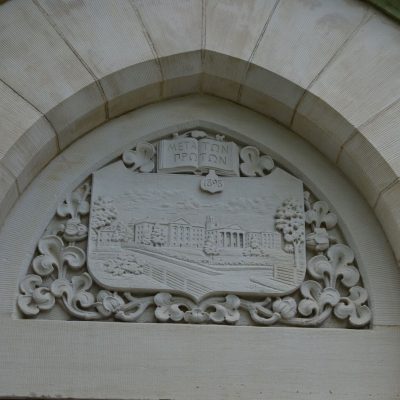 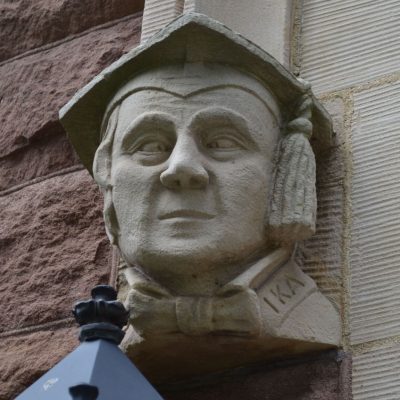 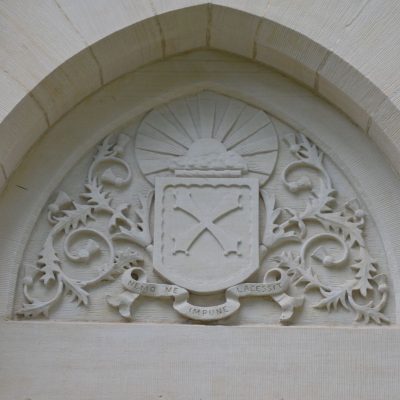 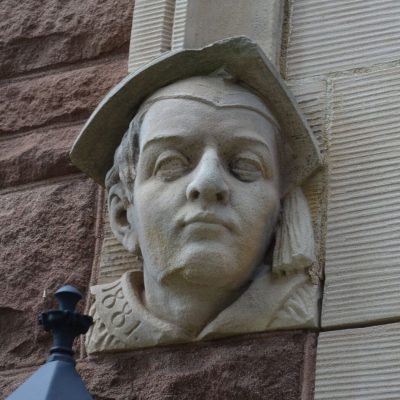 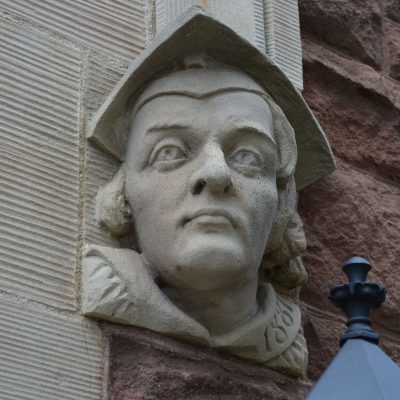 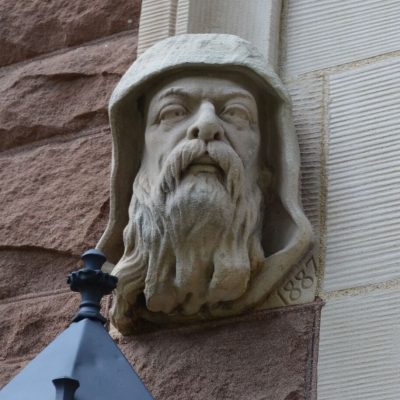 Created by Albert Entress, the Jarvis Hall Tympanum depicts the old campus of Trinity College that was moved to make room for the Capitol Building. Although it is inscribed with the date 1898, it was actually carved in 1908. There is no known benefactor, but research into the Trustee’s Minutes suggests that the college did not commission it as the college did not have the funds. Peter Knapp, a former Watkinson Librarian (Trinity College’s Library), suggested that the tympanum was a class gift in honor of the twentieth anniversary of the relocation to Gallows Hill, the new campus.

Sculpted by Albert Entress, it depicts St. Anthony above the right and left sides of one of the Jarvis Hall entrances.  Class of 87’ donated this sculpture in 1907. Inscription reads 1887.

Sculpted by Albert Entrees, it depicts a man in an Oxford Hat above the right and left sides of one of the Jarvis Hall entrances. Trinity College Class of 81’ donated this sculpture in 1907. Inscription reads 1881.